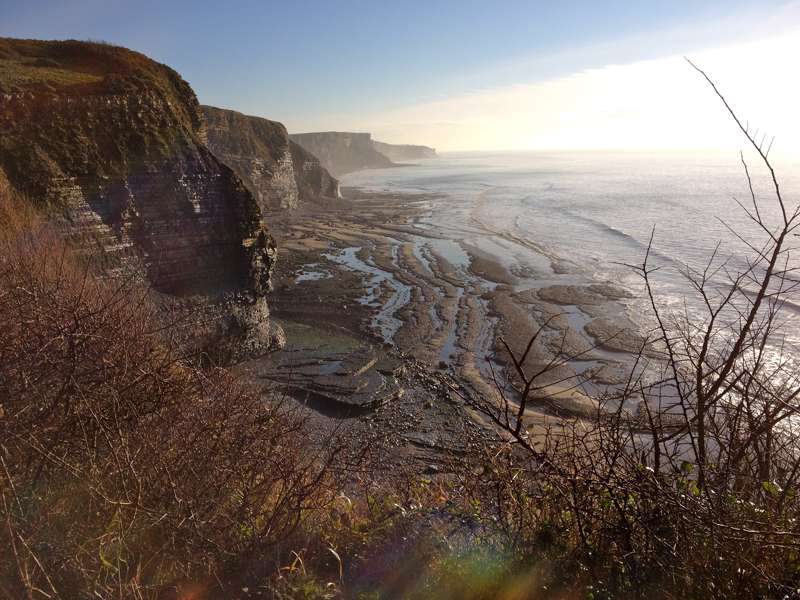 It’s 870-miles long, wends its way through as varied a selection of coastline as you’ll find anywhere in the world and if you get your skates on – ok, your lightweight walking boots – you could conceivably be the first person to walk the entire length of it, since the Wales Coastal Path has only officially been open for a month.

I won’t be competing for the honour myself as it took me over ten years just to cover the length of the 186-mile Pembrokeshire Coast Path in fits and starts, and that runs right by my home here in St. David’s; and in any case rushing around Wales’ beautiful coastline isn’t really the way to appreciate it anyway.

If you’re in a hurry you can’t watch seals watching you from quiet coves on Anglesey, enjoy the drama of a big swell bashing into St. David’s Head or marvel at the amazing geology of the Glamorgan coast; you’ll miss the changing lights patterns on the swirling waters of the Bristol Channel as you stroll along the shores of the Gower Peninsula; and you won’t have time for a detour to wander around the battlements of mighty Conwy Castle (a UNESCO World Heritage Site, incidentally) alongside the northern stretch of this wonderful new footpath.

The opening of the Wales Coastal Path says a lot for the way Wales has shrugged off its image as a land of rain, rugby and male voice choirs. Sure, these are still essential aspect of the Wales experience, but the Principality also has some of the greatest great outdoors around and the coastal path is a fine example of this. Indeed, no other country in the world has had the wherewithal to actually create a public footpath around its entire coastline (and by linking into Offa’s Dyke Path you can now circumnavigate virtually all of Cymru on public footpaths).

But before you spend the time and money on such a project you have to be confident that you’ve got a product worth promoting. The partnership of the Welsh Government, the Countryside Council for Wales, sixteen local authorities and two National Parks which brought all this into being clearly did; and they were right – we have coastal walking here to compare to anywhere in the world.

But don’t just take my word for it. Head for the Welsh coast yourself – wherever you roll up you’ll be within striking distance of the path. I'm not sure what the Welsh is for ‘Va va voom’; but I know you’ll find plenty of it along the Wales Coastal Path…