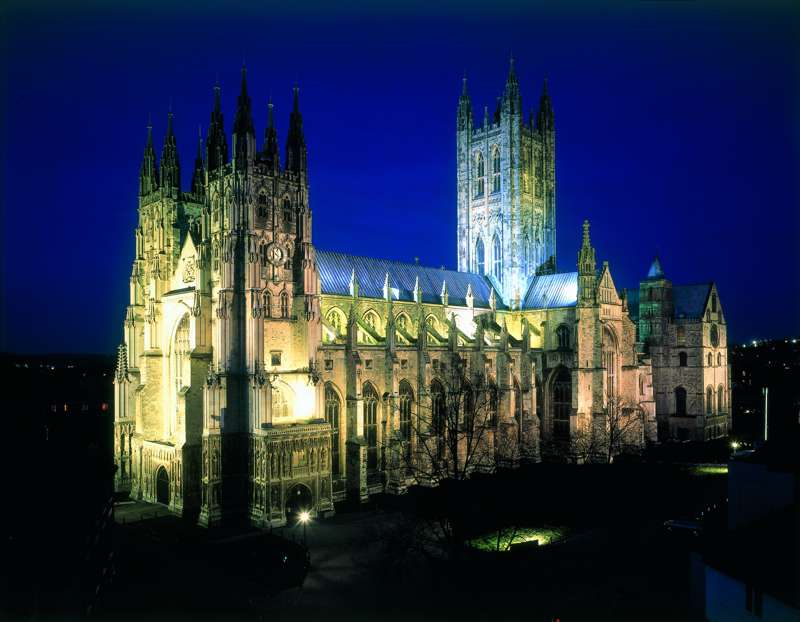 The Weight of History

Sometimes the weight of history can be heavy indeed. The UK is home to thousands of historic buildings and although these attract visitors in vast numbers, they also attract costs in vast sums.

At Canterbury Cathedral the work is never done. This almost 1000-year-old building features every type of ecclesiastical architecture from Romanesque to Victorian – and it requires constant upkeep.  This is the job of Heather Newton, Head of Stonemasonry and Conservation at the cathedral since 2006 and employed here for more than 25 years. Heather clearly loves her job but she speaks of it as a constant battle – there is always so much to be done.

Heather’s current list includes everything from repairing the roof of a stair turret to sprucing up the building’s “gloomy” north side, but one project has catapulted itself to the very top of her list – the Great South window. This 55-foot-tall window had iron bars put through its slender stonework some years ago and these have now corroded and expanded, causing a chunk of stone to fall down onto the path. It is essential to fix this – the biggest project Heather has ever undertaken.

“It goes against all our principles,” she says, “ideally you don’t want to replace anything, but it was structurally unsafe.” And so Canterbury cathedral currently sits with a hole in its side, covered by nine stories of scaffolding built specially for the stonemasonry team to access and rebuild the window.

Heather shows me the pieces of stone they have removed, each one labelled and laid out on the ground like the pieces of a giant jigsaw puzzle. Each one will be replicated in fresh Caen stone, sourced from the same place in Normandy as the original materials were centuries ago, and the window will be rebuilt by summer 2015.

It’s a laborious process and one with no precedent in any other building – for which we have the Victorians to thank. “They applied engineering principles to medieval buildings”, says Heather, “And are undoing a lot of that work now.”

Keeping this precious building from falling apart is costing some £3 million. No government funding exists to cover this and so every penny must come from the cathedral’s income from its properties and from the admission fees of visitors. This is currently a steep £9.50 for adults (and will rise to £10.50 in April), and there is much grumbling about paying it. But how else can we fund the upkeep of our heritage?

As Heather says: “the building is too important.”  But what do YOU think? Should the government underwrite the cost of national heritage buildings like Canterbury Cathedral. Or should the ‘consumer’ pay?