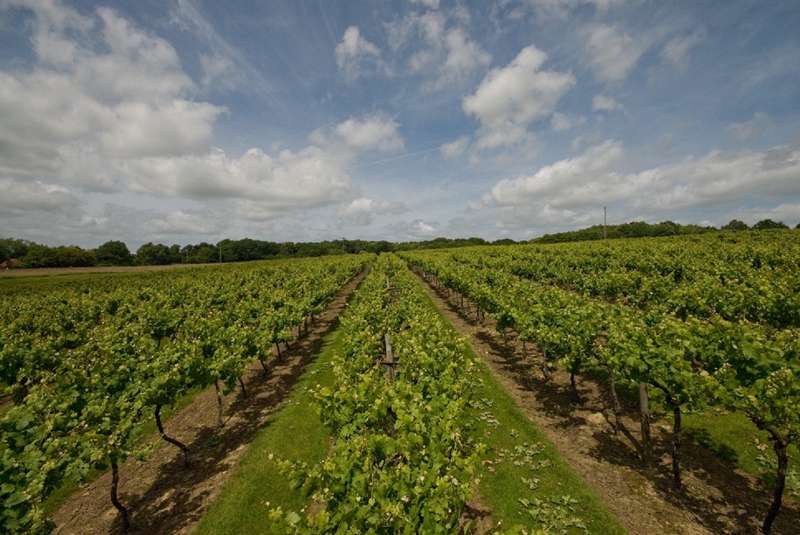 Autumn in the Garden of England

It’s been a bit of a year for weather in the UK. But, following that shocking “spring” (read, endless winter) and splendid, sun-soaked summer, it’s shaping up to be an awesome autumn… and what better place to enjoy Keats’ season of mists and mellow fruitfulness than Kent? It’s become a cliché to refer to the county as the Garden of England, but never does that description feel more true than as October aproaches: hops and grapes are ripe for the harvest, apples and pears tumble from the trees, and, luckily, there are a host of cosy places to snuggle up and savour this quintessentially British time of year.

The season may be drawing to a close for hard-core campers, but that’s no reason you can’t continue to enjoy the wonderfully fresh air and soft light of a Kentish autumn under canvas – über-luxurious Sunninglye Farm, a hop’s throw away from Tunbridge Wells, is offering autumn deals on two-night weekend breaks in their cosy, rustic glampsite: what with the crackling woodfires and – a real winner as the nights get colder – en-suite loos, two nights might well not be long enough.

Infused with their characteristically hoppy flavour, Kentish ales are some of the best in Britain, produced by a number of local breweries scattered around the county. Autumn is hopping season, which – good news for real ale fans – also means that the short-season green hop beers made with fresh (not dried) hops are suddenly available. Most of the Kentish breweries produce at least one green hop beer, each of them slightly different – you’ll need to hurry, though, as they’re only available for a few weeks. Track them down at the wonderfully quirky Chapel in Broadstairs, where you can hunker down with a good secondhand book, a local ale and a friendly crowd; the cosy, spit-and-sawdust Lifeboat Ale and Cider House, in Margate’s Old Town, where local cheeses and pies are also on offer; the Plough at Stalisfield Green, whose locally sourced food makes a perfect accompaniment, or even at the rather smart Rocksalt  in Folkestone, where the Modern British food has a distinctly local flavour. You can find a full list of Kent’s green hop beers, and places that will be serving them, at http://kentgreenhopbeer.com.

Grapes on the vine

Kent has made a big name for itself in the wine world, with a number of vineyards producing award-winning whites, sparklings and reds, many of them infused with a soft fruity flavour characteristic of this fruit-growing region. At Chapel Down you can eat a fine meal of seasonal produce while sipping one of their world-class vintages; the smaller Biddenden meanwhile, leads themed tours, focusing on the harvest and on leaf fall, right up until the middle of November.

Autumn’s not all about wine and beer, of course. As well you might expect, when it comes to delicious, fresh-from-the-tree fruits, the Garden of England offers rich pickings. Channel your inner scrumper at the National Fruit Collection, near Faversham where autumn guided tours lead you through thousands of fruit trees heavy with plums, apples and pears – and you’re free to try as many as you like. Don’t miss the fresh cobnuts, a Kentish speciality, that are wonderful raw, baked or roasted. As befits an orchard that boasts more than 2000 apple varieties, their annual apple festival, held this year on the weekend of the 19/20 Oct, is the biggest in the country.