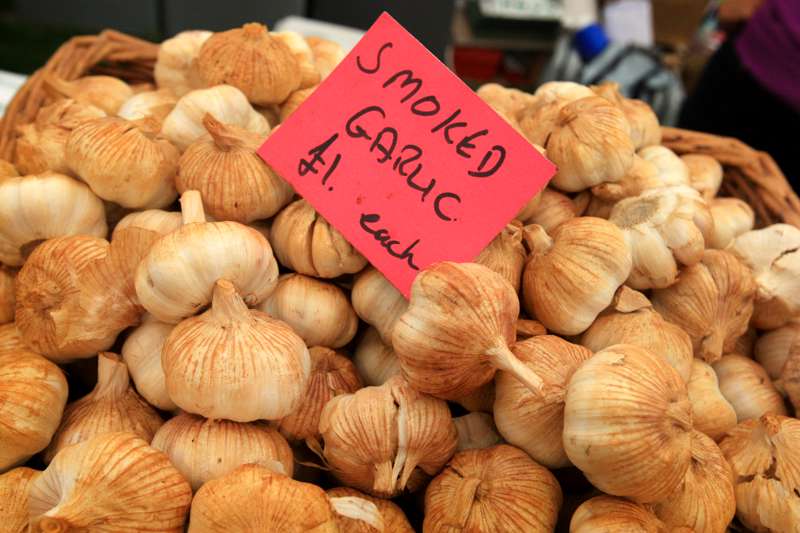 Ludlow is arguably the UK's most foodie town. It was the first UK member of the slow food movement and is home to 2 Michelin-starred restaurants  an all in all makes a fair claim to being the self-appointed guardian of the nation's culinary values. Nowhere more so than at its annual Ludlow Marches Festival of Food & Drink, which takes place over three days every September and this year (its twentieth) runs September from 12 to September 14.

Made up of around 160 small local food and drink producers, and mostly hosted in the venerable keeps and baileys of Ludlow Castle, the Ludlow Food Festival is a vibrant event – always well-attended and increasing in size year on year. You can have a fine time just browsing the various stalls and partaking of the free samples, but there are lots of specific events too, from 'Slow Food' taste workshops, regular cookery demonstrations on two stages and hands-on masterclasses in everything from Egyptian cookery to making your own samosas and baking your own bread, cheese tastings and slow food workshops. There are also various food and drink 'trails, including a sausage trail' around Ludlow's many independent butchers, tasting and grading as you go, and a 'real ale trail' (ok, a pub crawl!) around the best of the town's pubs and bars. Whether you're keen to improve your knife skills or just experience the joyous taste of real salt marsh lamb, there's likely to be something for you at Ludlow.

Of course, you can't move for food festivals around Britain these days – not in itself a bad thing of course. But the great thing about Ludlow is that it doesn't feel at all contrived: food is so central to what makes the town tick that a food celebration around town feels almost normal; events spread far beyond the castle, and it sometimes seems as if everyone is joining in: shop windows are gussied up for the window-dressing competition, there's an exhibition of food photography at the Ludlow Assembly Rooms and there are loads of activities for kids – both in the castle itself and in the town and countryside beyond.

Schedules and – where necessary – tickets and booking details are available at the festival's official website.