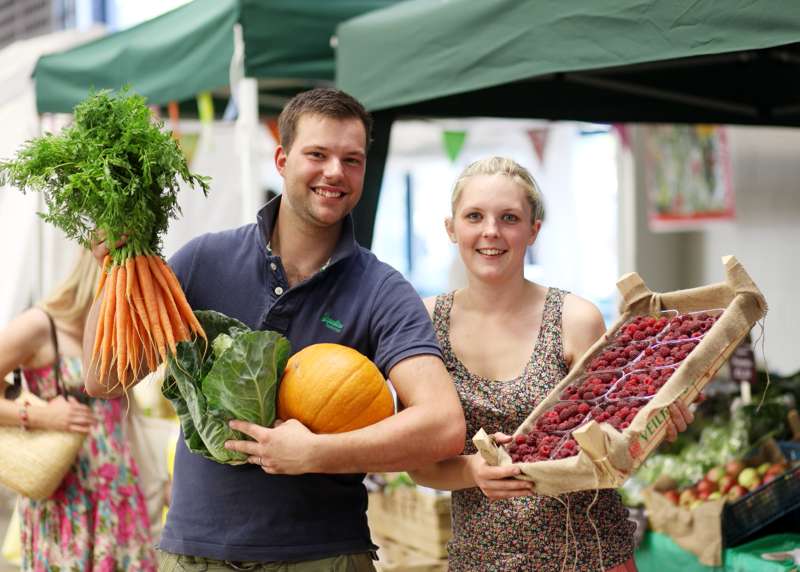 Food festivals are big business these days, and everywhere seems to have one – no wonder given the renaissance that British food has undergone over recent years. There are, however, some big daddies among food festivals, and the Norfolk Food & Drink Festival is one of them, the largest of its kind in the UK and now in its tenth year, lasting for over a month from August 31 until October 6, and comprising some 400 events across the county.

Norfolk is an unusually fertile and diverse part of Britain and one of the country's biggest food producers, with a patchwork of arable farms which turn out a good percentage of the UK's crops and a long coastline that produces a glorious bounty of fish and shellfish, including mussels from the north coast, Cromer crabs and lobster and marsh samphire from the coastal marshes. It's also a great source of local ales, with a high quotient of small independent breweries and food producers. The festival gives the chance for the biggies among these to meet the people – festival patrons include include Richard Hughes of the Lavender House restaurant and cookery school and Vanessa Scott of the fab Strattons Hotel in Swaffham – as well as offering the smaller operators the chance to shine and show what they've got.

Sponsored by the local Eastern Daily Press and Adnams Brewery (interlopers from Suffolk, but welcome nonetheless), the festival kicks of with a mini event focused on North Norfolk in the grounds of Holkham Hall on August 30 and 31, with over 50 stalls featuring local produce and demonstrations from some of the best local chefs. Subsequent weekends focus on other regions, including the Brecks on September 12–14, Great Yarmouth on 26 September and Aylsham on October 2–5 – the latter town an official member of the 'Slow Food' movement so a worthy participant. Plus there are a whole host of one-off events scattered through the rest of the month, from the 'Battle of the Bangers' – in Norwich on September 6 – to the 'Tallest Jelly' competition in Norwich on September 26, when the local Institute of Food Research will test their skills to the utmost to try to weak the current record of 1 metre. We also highly recommend the sensory experience of 'dining in the dark' at the excellent Maid's Head Hotel in the heart of Norwich on September 27.

We're getting hungry just thinking about it, so what are you waiting for? More details, including information on every event, are available at the Norfolk Food and Drink Festival website.