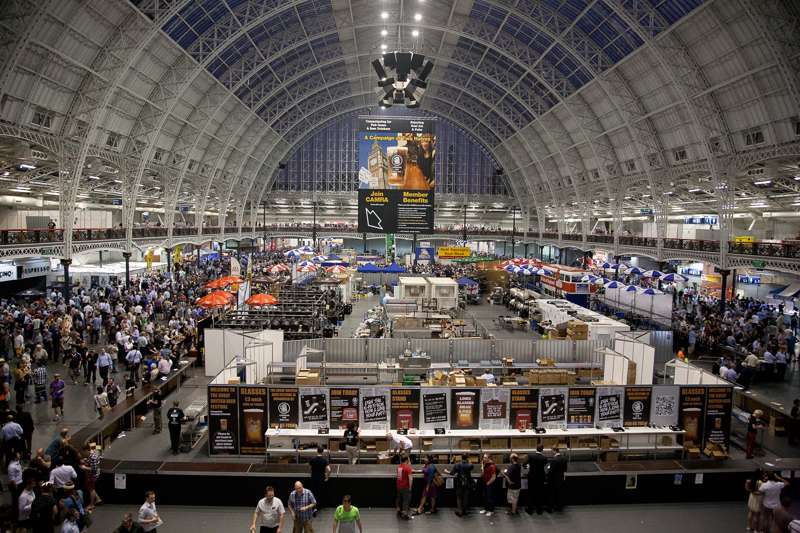 Could there be anything more British than a pint of ale?

No longer the preserve of bearded men in cableknit sweaters, real ale is cool, and if you still need convincing take a trip down to this week's Great British Beer Festival at Olympia, organised by the Campaign for Real Ale (CAMRA), which is expected to draw over 50,000 people to sample around 800 ales and ciders from all over the British Isles. Best of all, perhaps, each brewery has its own bar, so you can go on your own mini pub crawl around Britain without leaving the same building – similar to the brewery tents at the Munich Oktoberfest but without the busty maids in dirndls.And you can travel so much further, supping everything from a pint of Fullers from just a few miles down the road in Wandsworth, to brews from the St Austell brewery in Cornwall, Welsh beers from Brains in Cardiff, Greene King in Suffolk, Thwaites (Lancashire) and Shepherd Neame (Kent), not forgetting a drop of cider from Westons in Herefordshire.

That's not all, though: the nation's champion beer is announced on the first day, and there are book signings from the likes of Roger Protz (author of '300 Beers You Must Try Before You Die'), tutored tastings (including one of a big new trend – artisanal ales from Italy), the chance to meet shire horses and play old-fashioned pub games like skittles and bar billiards. Sensibly, there's lots of food on offer that goes well with beer, and not just crisps and peanuts, and music, too – though here CAMRA'S new up-to-date persona is less convincing, with brass bands and the likes of Alvin Stardust on the main stage. Come to think of it, it's maybe worth attending for that alone...

The Great British Beer Festival runs from August 13 to August 17. Tickets cost £8 a day for CAMRA members, £10 for non-members.