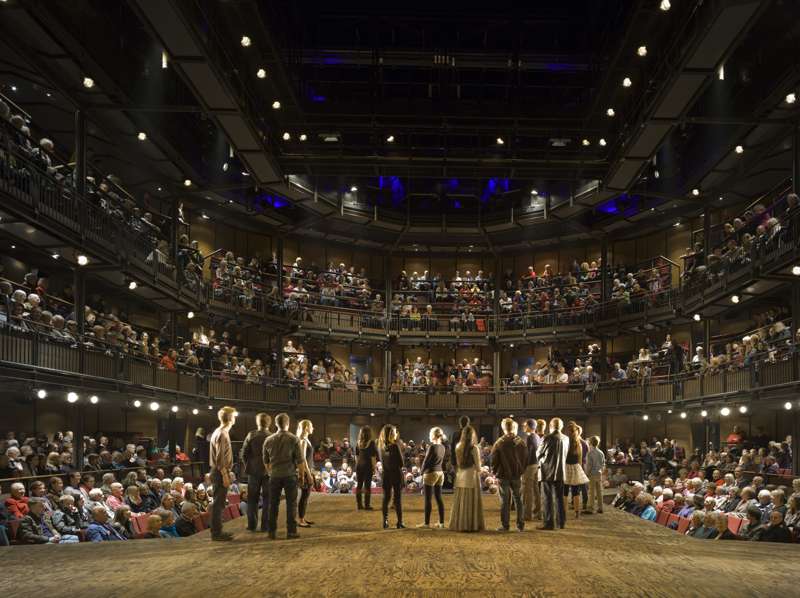 There’s a right old Shakespearean knees-up taking place in Stratford-upon-Avon over the weekend of April 21 and 22 as the town celebrates the life and works of its most famous resident, William Shakespeare. Actually, Stratford celebrates the bard’s birthday every year, but the 2012 event is set to be the most impressive yet, with the weekend also marking the start of the World Shakespeare Festival.

There will be lots going on around the town over the weekend, with spectators encouraged to join the throng of costumed players, dancers, musicians and creative groups in the big Birthday Parade, and a live world music stage outside the theatres featuring artists from around the globe, on Saturday afternoon. Those with kids could maybe spend time acting up in Shakespearean costume, letting the RSC wig and make-up team cover you in fake scars and bruises, or perhaps trying your hand at a little stage-fighting in one of their workshops.

As for the World Shakespeare Festival, the RSC is collaborating with a multitude of UK and international arts organizations to bring you over seven months of literary festivities, starting on April 23 and running until November, with thousands of artists from all around the world taking to the stage in over 70 productions, supporting acts and exhibitions. Naturally Stratford hosts a folio of all things Shakespearian, but some of Cool Places’ favourite cities will also be joining in the festivities, with Edinburgh, Newcastle, Birmingham and others all doing their part for the year-long party, and Brighton weighing in throughout May with edgy production company Dreamthinkspeak’s live action meditation on Hamlet.

In London, the Barbican, Islington’s Almeida and the Royal Opera House in Covent Garden are all getting their spotlights ready, not forgetting some less traditional drama venues like the Roundhouse in Camden, which will also be paying homage to Old Bill. At the heart of it all will be the Globe Theatre’s own Globe-to-Globe programme, in which the London South Bank theatre is staging all 37 of Shakespeare's known plays, in 37 different languages from 37 countries.

For more details, booking times and prices for all the productions, events, workshops and exhibitions, visit the World Shakespeare Festival website. As the great man himself once said, ‘brevity is the soul of wit’- so with that we’ll bid you adieu until next time.